Dahlings. I have Swedish meatballs for you. Just in time for Rosh Hashanah. Yes, this post could be about crunchy apples gliding through golden honey, sweet for the Jewish New Year, but real quickly–let me please serve these Swedish meatballs.

Oh, boy. I’ll probably be changing my order. Probably not all-beef and look, they have lasagne!! Okay. Change of plans. It’s a lasagne party. With Swedish wine & those fantastic and fantastically inexpensive, chocolate bars. Meet you at the checkout with your pallet on wheels.

Back in August, I got my shot as guest feature in Ikea’s own, chic-for-less lifestyle magazine. When, normally, they may feature svelte Scandinavian families, a hot British flat, impeccable style down to suede Tod’s, and ridiculously crafted children’s rooms, they chose to feature me, rather us. I know, right! It’s a little like being the socially bumbling girl who finds herself elected Prom Queen. Joke or dream come true? I dunno, but…I’ll take it. At least until they say, “Um, no.”

I posted the link before, but that was all-Japanese. Here is the English version, ta-da!

Did you click? So yeah, my fourteen minutes of fame, right there, & I loved it. (Windows pre-curtains-oh well).

Our wonderful, generous, & talented friend, Melissa Willms, took the photos. While I definitely could have spruced up the place better, she worked her talent & the fun ensued. Just look at some of her work. Just look.

because I’m a dork who looks things up,

Thinking of how “Wild Horses” always reverberates for me.

Let’s do some livin, eh?

And even when it would take a bunch of wild, Chincoteague-esque ponies

or some hulking, shaggy-ankled Clydesdales,

there is usually some big tug-o-war with rope going on.

“I can’t let you slide through my hands“.

And even for a simple evening,

an obsessing pros and cons column

family with an ocean in between

always on the forefront

Last time I was away

and a rift in communication

even for that second…

to visit some means leave more

and sometimes that is important,

Sometimes it takes a lot to go,

even if for a brief,

–Isn’t it funny? I just read, after writing this, that Keith Richards wrote the song about not wanting to leave his two month old child. What a good, good, good expression: “Wild horses couldn’t drag me away.” Ain’t that the truth.

When was it so hard for you to be away from someone you love? Did you ever have to make that choice about being away? Daycare vs staying at home daily? A big business trip that would keep you away from an important birthday celebration? What was it? 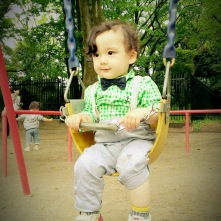 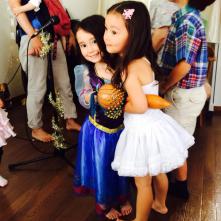 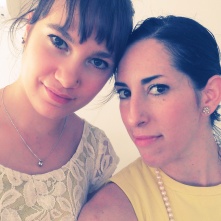 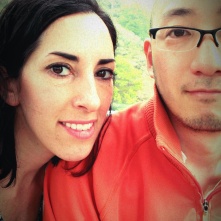